Every other year a team of geophysicists and weather geeks told the Bloomberg administration about the storm surge that would come and why it would be exceptionally flooding to areas of the city. They explained why protection was necessary while there was still time to do something about it and why it was needed. They used charts and briefs with clear explanations but each time were sent away with nothing done, not one thing accomplished. When Hurricane Sandy came, there was no protection whatsoever.

In the late 60’s, the scrubbers being requested of oil industry facilities and other high polluting industries would’ve cost between $30 and $60 per smokestack and effluent release pipe – but, no – they wouldn’t do any of it and hired millions of dollars worth of lawyers, pr firms, lobbyists and “experts” to prevent having to do anything.

After the year 2000, some of those prices actually went down because of better and cheaper systems and materials with a much better understanding of treating whole systems in a more integrated way – but still, no. All the while, the damage was being done to the environment, to people, to communities and to entire regions of our nation.

And, all the time this damage was continuing to be done to the environment on massive scales across multiple industries, they were spending literally hundreds of millions of dollars on not doing anything. Industries, both individually and collectively as well as their industry associations spent far more on not doing anything or not being required by government to do anything than would’ve been spent if they had simply done something appropriate about it at any given point.

In some jurisdictions, in some states, EPA standards were applied but in many, many others, they were not. After 9/11 because of demand for filtration systems to prevent possible terrorist attacks or at least ameliorate them, and because the value of our US dollar having changed generally negatively, those 1960’s $30 scrubber filters would’ve cost more like $12,000 – $18,000 each even with the newer materials and methods.

Industries and industry groups spent decades of spending what became billions, maybe even trillions of dollars all told, across all of the polluting industries. These costs for attorneys’ fees, fines (occasionally), paying lawyers to appeal the fines till hell freezes over, retaining pr firms, supporting climate denial think tanks, hiring lobbyists and paying lobby firms retainers, supporting PACs, making campaign contributions to anti-EPA and climate denial candidates, and paying “experts” to discredit and decimate the reputations of climate change supporting scientists far exceed the imagination. And, industries supporting those costs spent real money far in excess by many times over what it would’ve ever cost to have stopped sending pollutants into the air, water, soil and forever altering the environment with it.

Thirty something years too late to fix it and now, they’re saying they want to be responsible corporate citizens as politicians they’ve bought are starting to say we might ought to do something about this. As our weather becomes more extreme by each day forward, as our sea levels rise and flooding entrenches entire areas of our country month after month where it had not been expected but once every hundred years or thousand years, when rains come with twenty inches or more in numbers of hours over a couple days rather than across months or weeks, and as arctic glaciers melt that have been there longer than humanity has existed – yeah, now it becomes a thing. It is too late. We have passed the tipping point and it is way too late to worry about it now.

Tree huggers they laughed and smirked, mocking the shunned hippy folks they thought them to be. But now, as it turns out – trees lower the temperature of the climate by two degrees. And, wouldn’t that be handy about now? But the corporate giants of industry cut all the old growth forest and jungles down that they could get their hands on and still to this day, what is left of them are being cut down, clear cut, burned into more carbon in the atmosphere across the globe as if there is not one reason not to do it. And today, see this if nothing else –

“The average peak temperature each day this month has been above 104 deg. Fahrenheit, with the mercury spiking one day to 111.7F” #climate

‘There Is No Doubt’: Exxon Knew CO2 Pollution Was a Global Threat By Late 1970s #climate http://goo.gl/2MhdTM 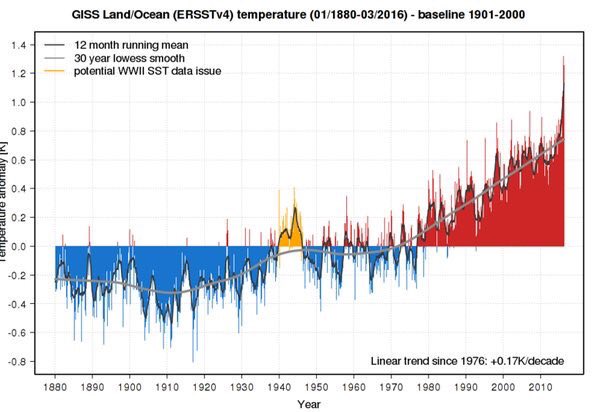 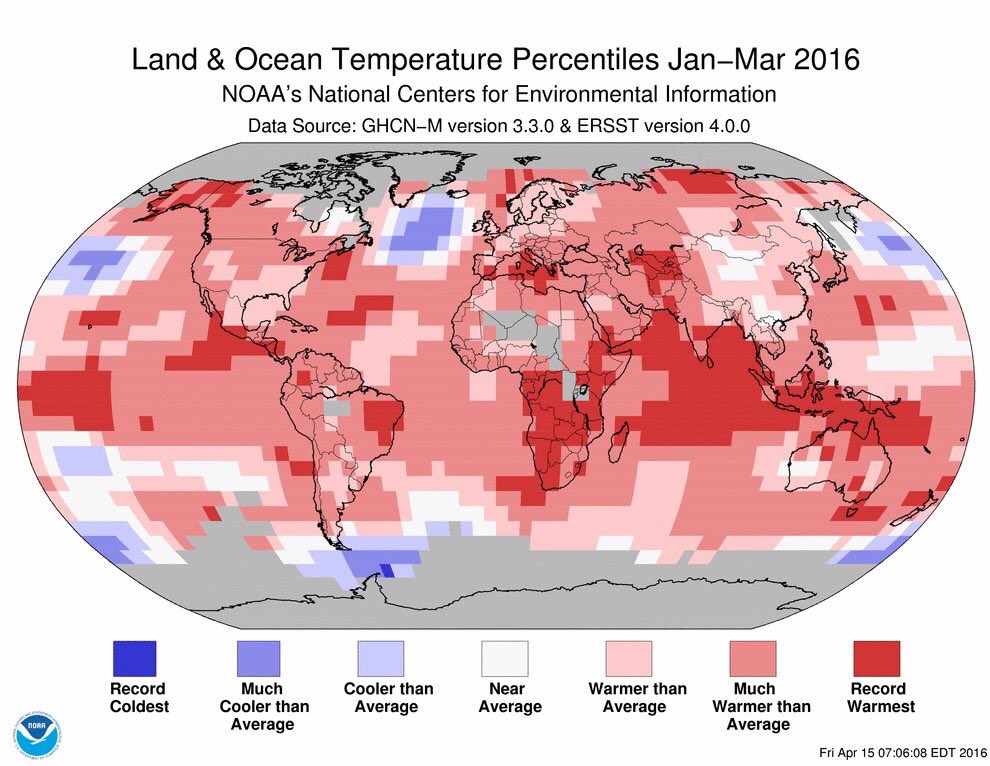 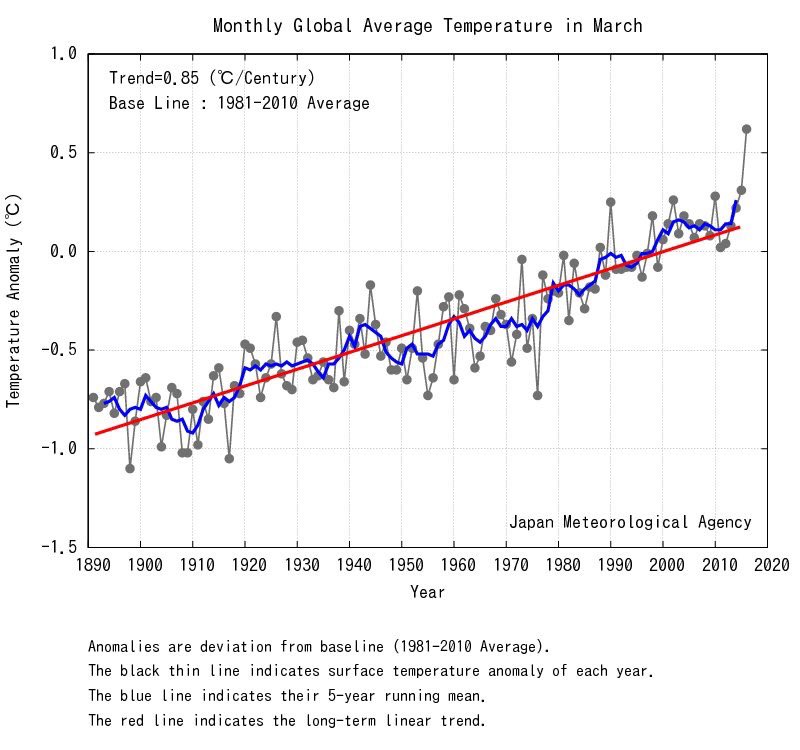 ‘And then we wept’: Scientists say 93 percent of the Great …

Apr 20, 2016 – Australia’s National Coral Bleaching Task Force has surveyed 911 coralreefs by air, and found at least some bleaching on 93 percent of them.

Apr 19, 2016 – Almost 93% of reefs on the Great Barrier Reef have been hit by coral bleaching, according to a comprehensive survey revealing the full extent ..