The Trump Administration and 115th Congress have sent clear signals that they intend to dismantle science-based health and safety protections, sideline scientific evidence, and undo a decade’s worth of progress on scientific integrity.

Scientific content has been changed on several agency websites in the early weeks of the Trump administration—and the alterations share some common themes. Read more >

The Congressional Review Act: A Radical Threat To Science

Republican lawmakers are preparing to roll back the influence of the Endangered Species Act, arguing that the law is an unnecessary hindrance to economic development.

JANUARY 18, 2017 —The Endangered Species Act may soon be, well, endangered.

“There’s a lot of evidence that some species are conservation-reliant,” J.B. Ruhl, a law professor at Vanderbilt University, told the AP. Political fights over some species have taken decades to resolve, he added, because recovering them from “the brink of extinction is a lot harder than we thought.”

Trump vs. the media: the war over facts

PUTTING IT IN PERSPECTIVE

The president’s collision with the media is changing the way newsrooms operate – and may rejuvenate journalism.

How quickly things change. Today the United States has a president who elicits applause when he calls reporters “among the most dishonest human beings on earth.” They are “scum,” he says, “the lowest form of life” and “enemies.” His top adviser, Steve Bannon, labels the news media as “the opposition party.”

Today the very meaning of truth and fact is called into question. President Trump has repeatedly claimed that, were it not for massive voter fraud, he – not Hillary Clinton – would have won the popular vote by nearly 3 million votes. He alleges that “thousands” of Massachusetts residents were bused into New Hampshire to vote against him. Both charges lack evidence.

When Mr. Trump is confronted with contradictory evidence, his response isn’t to admit error, or even to cease repeating the claims. He attacks the critics, none more vociferously than the news media. Presidential counselor Kellyanne Conway, in one confrontation with a TV interviewer, controversially referred to “alternative facts.”

But are Trump’s venomous attacks – propelled to countless true believers in his tweets and passed along on partisan websites – “just politics”? The consequences to some journalists have been real and personal. Reporters who have criticized Trump have had their home addresses and the names of their children distributed through extremist sites. The Washington Post retained security guards to protect one of its reporters who had been threatened anonymously for his coverage. Female journalists and reporters with Jewish-sounding names regularly endure scathing assaults on social media. Former Fox News anchor Megyn Kelly’s criticisms of Trump so riled some in her audience that she hired an armed guard to accompany her and her children as they vacationed at Disney World.

These threats and attacks come because the news reporters are doing their jobs. They report embarrassing facts about Trump’s behavior or his predilection for repeating statements that are – and you can choose your own word here – inaccurate, falsehoods, exaggerations, or lies.

At this point in the nation’s history, having a president with little regard for facts that challenge his beliefs isn’t a trivial matter. American democracy presupposes a well-informed citizenry – that is, it depends upon voters making decisions using factual information. Legendary columnist Walter Lippmann wrote in 1920, “There can be no liberty for a community which lacks the means by which to detect lies.” That is as true today as it was a century ago and serves well in defining the purpose of serious journalism in the Trump era.

(Go read the whole article from the link below – really amazing.)

“If the allegations prove accurate, Gorka needs to be removed from his position. A man who has sworn an oath to a group glorifying Nazi-era antisemitism has no business serving alongside those who have sworn to uphold and defend the Constitution of the United States.”

Human Rights First continues to urge President Trump to make clear that he condemns all forms of antisemitism and intolerance, including by supporting a thorough investigation into allegations regarding Sebastian Gorka.

Federal scientists are working hard every day to make the food we eat, the medications we take, the air we breathe, and so much more safe for all Americans. Unfortunately, these same scientists are hearing harsh rhetoric attacking the safeguards they provide, some are being muzzled by orders prohibiting them to speak out about their research, and all are uncertain about what the Trump administration and Congress might due to cut science-based programs and their staff.

Help pushback against the anti-science rhetoric from the Trump administration with some appreciation: Take a moment to thank a government scientist today. Let them know how much you appreciate the crucial role they play in our daily lives and that you will advocate for science-based policies every day!

Send a tweet or Facebook message using the hashtag #ThankAGovScientist to the agencies of your choice—or a federal scientist you know personally—using one of the following handles:
Post on the Environment Protection Agency Facebook page

Tweet @EPA: Thank you @EPA for protecting my right to clean air and clean water. #ThankAGovScientist

Tweet @NOAA: Thanks @NOAA for helping to protect my home from floods and other disasters! #ThankAGovScientist

Tweet @NASA: Thanks @NASA for pushing science forward and developing products that my family uses every day! #ThankAGovScientist

Tweet @USDA: Thank you @USDA for standing for science-based standards for nutrition and agriculture. #ThankAGovScientist

Tweet @US_FDA: Thanks to @FDA for making sure my medicine works and my food is safe #ThankAGovScientist

Tweet @USCPSC: What a relief to know my home products won’t hurt my family thanks to @USCPSC #ThankAGovScientist

Tweet @NWS: Thanks @NWS: keeping us safe and aware of severe weather threats like hurricanes and tornadoes! #ThankAGovScientist

If you don’t have a Twitter or Facebook account, write a thank you card to one of the agencies listed above with a message of appreciation and encouragement and mail it to the following address—we will deliver it for you:

(I hope they will forgive me for putting the whole thing here because I believe it is so important right now.)

Do you have a superpower? Because we do! Check out the new #ScienceIsMySuperpower collection and tell us yours! http://marchforscienceshop.com/collection/Science-is-Super …! 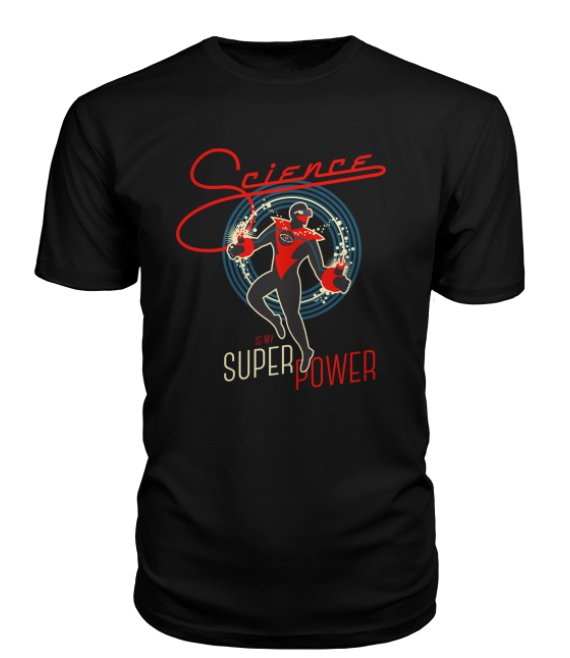 **
Please follow – March for Science on twitter and show up for one of the many April 22, 2017 Marches for Science happening throughout the world to support science, scientists and non-politicized scientific facts, data, accuracy and research being undermined today by Trump administration and GOP controlled House and Senate in America, in right wing media outlets, and in many state legislatures.
**

When I March for Science, I’ll March for Equity, Inclusion, and Access

We are on the verge of something big. Scientists as a group are politically engaged like never before. They are communicating with decisionmakers, ready to march, and ready to run for office. The March for Science—an event that formed organically by a few enthusiastic people on Reddit and snowballed from there—is slated to be the largest demonstration for science that this country has ever seen. I’ve personally been blown away by the unprecedented support for scientists in the streets.
(etc.)

Scientists are frantically copying U.S. climate data, fearing it might vanish under Trump

By Brady Dennis December 13, 2016
{. . . }
In recent weeks, President-elect Donald Trump has nominated a growing list of Cabinet members who have questioned the overwhelming scientific consensus around global warming. His transition team at the Department of Energy has asked agency officials for names of employees and contractors who have participated in international climate talks and worked on the scientific basis for Obama administration-era regulations of carbon emissions. One Trump adviser suggested that NASA no longer should conduct climate research and instead should focus on space exploration.

Those moves have stoked fears among the scientific community that Trump, who has called the notion of man-made climate change “a hoax” and vowed to reverse environmental policies put in place by President Obama, could try to alter or dismantle parts of the federal government’s repository of data on everything from rising sea levels to the number of wildfires in the country.

Michael Halpern, deputy director of the Center for Science and Democracy at the advocacy group Union of Concerned Scientists, argued that Trump has appointed a “band of climate conspiracy theorists” to run transition efforts at various agencies, along with nominees to lead them who share similar views.

“What are the most important .gov climate assets?” Eric Holthaus, a meteorologist and self-proclaimed “climate hawk,” tweeted from his Arizona home Saturday evening. “Scientists: Do you have a US .gov climate database that you don’t want to see disappear?”

Climate data from NASA and the National Oceanic and Atmospheric Administration have been politically vulnerable. When Tom Karl, director of the National Centers for Environmental Information, and his colleagues published a study in 2015 seeking to challenge the idea that there had been a global warming “slowdown” or “pause” during the 2000s, they relied, in significant part, on updates to NOAA’s ocean temperature data set, saying the data “do not support the notion of a global warming ‘hiatus.’”

That effort launched by Holthaus is one of several underway to preserve key federal scientific data.

[Trump has picked the most conservative EPA leader since 1981. This one will face much less resistance.]

In Philadelphia, researchers at the University of Pennsylvania, along with members of groups such as Open Data Philly and the software company Azavea, have been meeting to figure out ways to harvest and store important data sets.

Please go read this article from its original source and share it as much as possible – the more people that help protect the data, research and information now and going forward, the better as Trump and the GOP begin dismantling as much as possible from the inside of every US government agency.