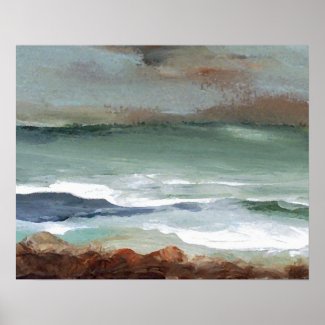 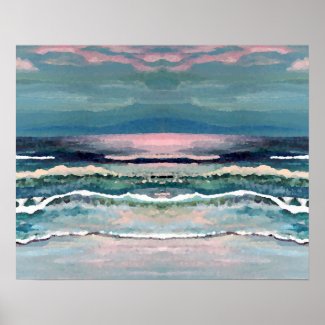 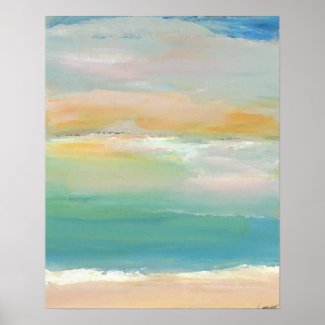 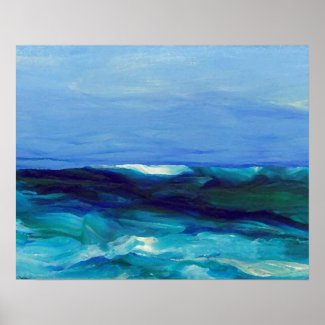 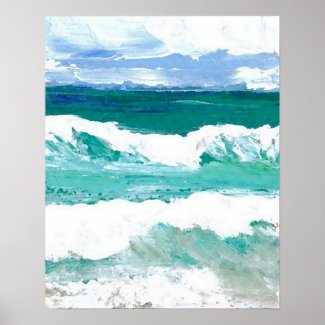 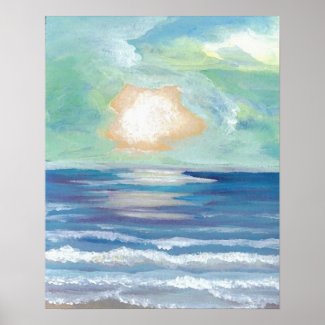 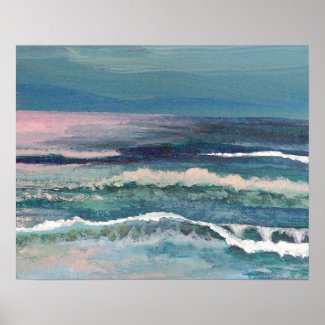 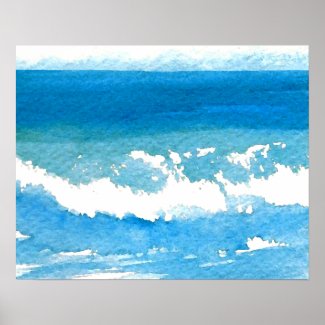 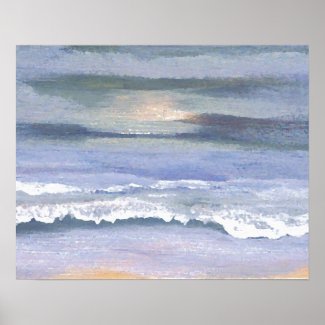 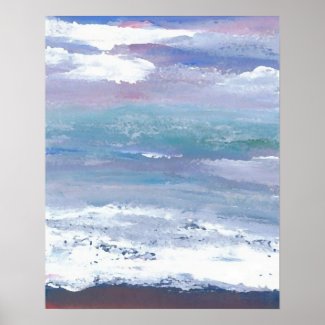 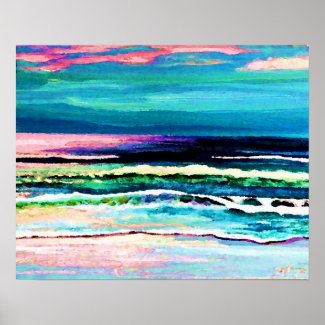 New paintings, offering a pitch about brainstorming as a business service to businesses, organizations and projects plus a preview of the Little Shop Out Back that I’m staging for Cricket House Studios and CricketDiane 2018 are shown off in this new video made today. It turned out funny instead of serious but I’m posting it anyway.

I’ve been creating nearly every day since I was a kid and that is over 50 years. I’ve created in numerous ways in a range that moves from art to problem-solving to inventing, creating music, sculpting and painting to writing and doing various computer / online based projects.

“It is better to make the effort to move forward and release the flow of ideas to work with them and do things creatively, create things and invent and write and make – I definitely know that by experience.” – cricketdiane, 2018

You can find more of my art and designs here –

and other blog writings by me here –

The Scared Donkey Mine Money Game by CricketDiane on GoFundMe

Thanks for checking us out!

Ocean paintings that I’ve recently done are looking for a good home to the first buyer to choose them.

During the last few weeks at the ArtLab in Staten Island where they gave me a scholarship to attend clay classes and sponsored clay for me to use, I was able to make this small sculpture – seen here without the glaze.

The other two pieces that I made –

It is difficult to write now – more than ever. Today, I finished glazing a sculpture at the ArtLab which is the last clay class until Winter session starts.

Warrior figure – CricketDiane 2016 clay sculpture made at ArtLab Staten Island, NYC (this was taken before the glaze which was put on today in opaque white gloss and no other colors.)

It says, Walk softly and carry the song of the Sea in your heart. – cricketdiane 2012

This store has the thoroughly awesome name –

I probably could’ve been more creative on that but when someone wants to find one, that’s what I would put in the search . . .

Core Energy Matrix – Ugly Mens Tie by CricketDiane by mensuglyties
Make your own custom neckties at Zazzle
http://www.zazzle.com/core_energy_matrix_ugly_mens_tie_by_cricketdiane-151982300870703586?gl=mensuglyties&rf=238073773174474814
*&*
My Note –
There are other ugly designer men’s ties on the cricketdiane zazzle store – These are all new ones because I couldn’t figure out how to put the others on the new store – but, that was good because this happened –
Using NYC landmarks in photos and fiddling a bit with them – gave an entirely new range of ugly and unusual men’s ties – like these – (which wouldn’t have happened if I could’ve simply moved the others over to the new store) –

A different look at NYC upside right sideways tie by mensuglyties
Create your own personalised ties at zazzle.com
http://www.zazzle.com/a_different_look_at_nyc_upside_right_sideways_tie-151303931523378182?gl=mensuglyties&rf=238073773174474814
*&*
I also ended up designing this one from a foil geometrix with holographic floating books design which I wouldn’t have even tried to do otherwise – originally it was intended as a sculptural design for an office lobby but I never did figure out how to present it to those who would make that kind of decision . . . Oh well – makes a good looking ugly tie –

Metallica Floating Holograms 2 Ugly Men’s Necktie by mensuglyties
Browse more Cricketdiane Ties
http://www.zazzle.com/metallica_floating_holograms_2_ugly_mens_necktie-151817502719450035?gl=mensuglyties&rf=238073773174474814
*&*
Actually, some of these ties including that one – look differently when viewed closer with the zoomy thingy – WHICH MEANS to me that when someone wears it – the tie will look one way at a distance and thoroughly a different way once the viewer continues to come closer – that should be interesting . . .
– cricketdiane
**&**
Here are some more of them – some got a little wild and ugly –

Twisted Plane 2 – a dimensional ugly tie by mensuglyties
Make a necktie on zazzle
Then I changed it so the spaces between the designs are smaller, then larger, then smaller again to create a separate optical illusion which makes the white lines appear to be slanted although they aren’t . . .
http://www.zazzle.com/twisted_plane_2_a_dimensional_ugly_tie-151134817853742128?gl=mensuglyties&rf=238073773174474814

Night Leaves – CricketDiane ugly men’s tie by mensuglyties
View other Cricketdiane Ties
http://www.zazzle.com/night_leaves_cricketdiane_ugly_mens_tie-151994140159712096?gl=mensuglyties&rf=238073773174474814
*&*
Right now, the store only has two categories – New Products and Popular Products – the ugly tie above is found in the New Products group – I was wondering where it got off to . . . .
And this one turned out strangely nifty although I suppose it is still an ugly tie – (but I like it a lot) – would look so good with a suit or tuxedo –

Exotic Ornamentalism Men’s Tie by CricketDiane by mensuglyties
Browse through more neckties from Zazzle.
http://www.zazzle.com/exotic_ornamentalism_mens_tie_by_cricketdiane-151949339589458077?gl=mensuglyties&rf=238073773174474814
*&*
There are a couple of musical ones – using the same design with two different color combinations – I’m probably going to try this one again later with a slightly shifted design thought . . .

America Men’s Tie with American Flag in Motion by CricketDiane
Browse more Cricketdiane Ties
http://www.zazzle.com/america_mens_tie_with_american_flag_in_motion-151793517109234126?gl=CricketDiane&rf=238073773174474814
*&*
Here’s one of the Geometrix Ties that I meant to put on the Men’s Ugly Ties store and accidentally put it on the CricketDiane store in the New Products section (and eventually it will be in the Men’s Ugly Ties folders) –

Geometrix Pathways Men’s Ugly Tie by CricketDiane
Browse more Cricketdiane Ties
http://www.zazzle.com/geometrix_pathways_mens_ugly_tie-151787483492926294?gl=CricketDiane&rf=238073773174474814
Which was a great deal more stunning than I expected it to be – and only on closer inspection would the geometrix be really evident. I don’t think I would want to sit across the table from it – I would likely be lost in the design wandering about . . .

Pathway 4 CricketDiane Geometrix Designer Products by CricketDiane
Create your own custom print ties at Zazzle.
http://www.zazzle.com/pathway_4_cricketdiane_geometrix_designer_products_tie-151592225008895228?gl=CricketDiane&rf=238073773174474814
*&*
And, then there’s this one that turned out accidentally stunning for a men’s ugly tie or for being a tie or anything else for that matter –

Wowsa – CricketDiane Ugly Men’s Tie by mensuglyties
View more Cricketdiane Ties
http://www.zazzle.com/wowsa_cricketdiane_ugly_mens_tie-151039704147708716?gl=mensuglyties&rf=238073773174474814
*&*
And, to be honest – I think it might be the GM building. I was taking pictures right next to the FAO Schwartz and Apple Store in the little promenade area where they sit and took this photo looking up at the ceiling of the long support columns of the building. When I made it into a tie, it did this – and it is like everything I love about engineering and architecture and design, all rolled into one visual expression of it . . .
– cricketdiane
*&*
By the way –
I admit that I’m having way too much fun with this . . .
– and maybe nobody will ever buy them or wear them, but I can say in all candor, it was way too fun to not do it . . .
The world needs some good ugly ties.
*&*

To A Higher Plane Geometrix by CricketDiane by CricketDiane
Browse more Cricketdiane Ties
http://www.zazzle.com/to_a_higher_plane_geometrix_by_cricketdiane_tie-151002819792337796?gl=CricketDiane&rf=238073773174474814
(from the CricketDiane store – in the ugly ties collection of geometrix)
*&*

Still playing with design a bit . . .