Divide and conquer are being used on us to keep our voices and our knowledge out of being joined together for many of these organizing marches.

Many people have asked me why scientists would march at all and for what reason. There is an outright war on science right now and on scientific facts as facts that require a real response from the majority of people who believe evidence based facts and science are critically important.

For too long, scientists, engineers, academics, architects and researchers have simply focused on funding and the science or engineering they were doing. But underlying those efforts was the assumption that we had all agreed on the basic integrity of facts and accurate data as a premise.

Now, we are challenged as a community of scholars and those in the practice of science and its applications, to fight for the substance and importance of that very premise – that evidence based facts are facts and that it is not acceptable to politically alter those facts to suit a given purpose of the moment.

Don’t tell me that, “I’m not a scientist, so it doesn’t matter to me.” It does and will affect everything for scientific fact to no longer be accepted as facts.

Don’t tell me that, “if this effort fails to support some other aspect about diversity or inclusion that you can’t support it.” Stand up and let this opportunity do both.

This is far more basic than that although welcoming to include diversity and inclusion within this effort to stand up for science and evidence based facts, scientific method and respect for its rigorous path to accuracy, peer review and repetition of results before acceptance.

What stops this full on assault against the facts as facts – if not ALL of us standing up who have a vested interest in science, scientific integrity and the importance of facts as accurate and not distorted or altered to suit politics or business or ideologies of the moment.

I said to someone recently that never in our lifetimes have we had to fight for the basic premise of facts as facts. But, that was wrong. Scientists had their work denigrated, funding removed, careers and reputations destroyed by political administrations seeking to undermine facts about climate changes, global warming, ecological harms being done to communities and regions, sea level rise and ocean changes. That fight went unmatched by science activism during many years of previous administrations in America and globally when the data could have been used to make a difference.

Where scientific fact disproves or fails to support some political or business agenda or purpose, the agency heads and White House liaison teams from the Trump administration are intent on destroying the science and altering scientific data rather than developing helpful and appropriate policies that would be derived from those facts.

Not collecting the data through NOAA satellite programs and cutting those programs will not alter climate change, rising CO2 levels, rising sea levels, arctic ice destruction, warming ocean currents, changing atmospheric conditions from pollutants. But, that is the answer of the administration in control now – simply don’t collect the data, don’t let scientists work with that data and don’t allow publication of that information and its scientific study – then climate change will go away. It doesn’t work that way, but that is the choice the current administration and Congressional and Senate decision makers are using.

Engineers, architects and applied sciences will have as much, if not more problems with data and scientific facts being made over in the image of political and business ideologies as it is happening now. These disciplines rely on the underlying sciences, scientific principles, accurate data and facts as known quantities to use in their work. Without accuracy, anything engineered, built, created by applied science disciplines is in jeopardy. No one wants loosy-goosy data building a structure that is intended to house people and their lives, contain businesses and their activities that is intended to be safe.

Right now, the Trump and GOP in federal administration and legislature positions of unfettered power, are changing not only scientific access and resources, they are changing the way data is collected at the Bureau of Economic Analysis, included what data will no longer be collected. The forensic science arm of the Department of Justice is being changed, de-funded and in some ways disbanded. Research at the EPA and NOAA, NIH and other federal agencies are being de-funded of grant allotments, in fact entire programs of study and research are disappearing. Part of this is being done through budget cuts, Trump appointed agency heads and liaison teams within the agencies, through the OMB and by Congress and Senate rolling back programs from the previous administration plus cutting programs through the upcoming budget legislation.

For some years, it has been the case, that a portion of propaganda and lobbying has been aimed at falsifying facts, dismissing facts, undermining facts and data, discrediting scientific facts for the purpose of politics and business. In some ways, this right wing thinking is desperate for science and scientific facts to accomplish business purposes and political projects, but desires control over what facts, how those facts are interpreted, and now – having come full circle, are exerting control over supporting only what agrees with what they believe to be the case whether any facts support that or not. Then those facts that do not support what they believe are discarded and discredited as a lie becomes the only allowable truth. That’s where we are now.

Scientists and engineers, architects and the general public, academics and scholars, educated and non-educated citizens alike, need to stand with us to support science for the March for Science, April 22 and for the Climate March on April 29, because science is important and evidenced-based facts are critical to good decision making.

And, yes we need decision-makers to accept scientific facts as facts, that evidence-based factual information are the facts we accept and work with and agree upon as facts, that we do not accept lies as facts to suit the politics or business needs of the moment, and that decision-makers grounded in reality are critical to good policies, good administration, good thinking and sound judgment.

And, yes – we need to stand together and say that science is important and scientific facts are not constructs of politics, nor will we allow them to be. 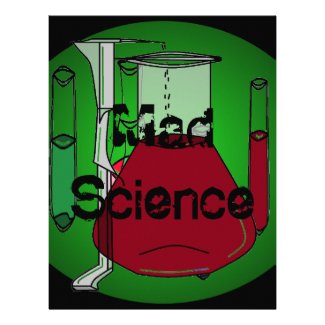 A Running List of How Trump Is Changing the Environment

The Trump administration has promised vast changes to U.S. science and environmental policy—and we’re tracking them here as they happen.

The stakes are enormous. The Trump administration takes power amid the first days of meaningful international action against climate change, an issue on which political polarization still runs deep. And for the first time in years, Republicans have control of the White House and both houses of Congress—giving them an opportunity to remake the nation’s environmental laws in their image.

It’s a lot to keep track of, so National Geographic will be maintaining an abbreviated timeline of the Trump administration’s environmental actions and policy changes, as well as reactions to them. We will update this article periodically as news develops.

This list is from the first week of April – worth going over and checking it out. Trump and the GOP are waging and all-out war on science. This is only part of it.

5 ways Trump and the GOP disparaged science this week

An executive order sent the message that climate change doesn’t matter, and the NIH was threatened with an imminent budget cut.

The big news this week: President Trump signed a long-anticipated executive order rolling back many Obama-era climate policies. While it doesn’t pull the United States out of the Paris agreement, it will make it a lot harder for the country to meet emissions reduction goals. Vox’s Brad Plumer has the best summary of what the order does — and cannot do. He explains the executive order’s eight big changes:

http://www.vox.com/science-and-health/2017/3/31/15136266/5-ways-trump-gop-disparaged-science-this-week
Analysis of how the changes in science and scientific fact in Trump’s executive order will impact science and science funding with a bit more detail. Also from the last week of March / first week of April 2017. Worth reading.
**

Pondering new restrictions on how the Environmental Protection Agency can use scientific data, congressional Republicans are seeking advice from the chemical and fossil fuel industries.

House Science, Space and Technology committee chairman Lamar Smith this week accused the Obama administration of relying on faulty and falsified data to justify new regulations, such as limiting carbon emissions from coal-fired power plants. The Texas Republican has been a frequent critic of climate science showing the world is warming and that man-made carbon emissions are to blame.

(etc.) – GOP war on science and scientific facts – worth reading.