After all the moving stuff and boxes, I finally was able to sit down and add some things to my store at Zazzle and design a bit – since I’m still trying to find things in the real world that were packed and moved, designing was nicely stabilizing and sanity building. 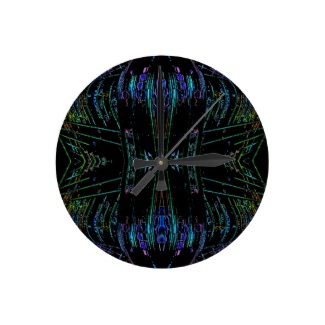 The one above is part of a design series started a couple years ago which uses New York City Landmarks that I photographed and then reconstructed with the computer as design elements. This one is on a black background with stunning intricate neon colors in a complex interesting and futuristic design. There are 137 products more or less that I customized to have this design including this clock that I really like a lot. I’m thinking about buying one for my house (apt.) because it is pretty nifty and it would be great to see it everyday in person.

Then, last night after making a bunch of solid color groups of products for the custom design palette store – I made ties starting with one that I had made which I didn’t like and someone had been viewing.

Blue Optical Illusion Chess Board Mens Tie A by CricketDiane 2013

Starting there – it became these – 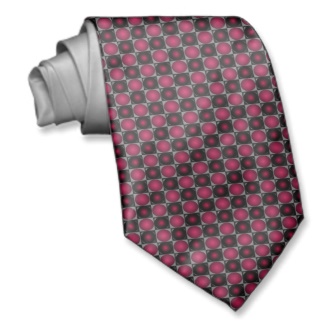 I had started with a blue one with this same design element which had left white squares between each element when I did it the first time. So, I tiled it with the new editor on Zazzle and changed the design to one made with the same element in red, black and grey. That made this tie.

Then I did this one – 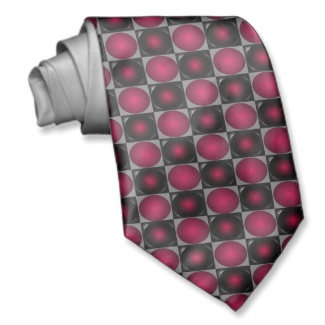 Obviously, this one was made by increasing the size of the design element – I actually like it better although from a distance, I doubt the design would look as much like a chess board or an optical illusion in 3d.

And then – as not exciting as those were, it was fun making them so I did another one – 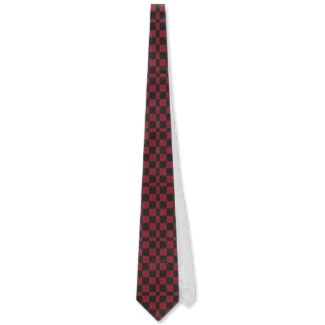 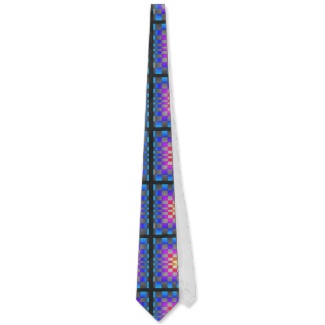 The tiling in this editor didn’t allow me to alter where the black median lines appear so it is offset – actually kind of interesting visually but I’ll probably go back later and fiddle with this one again. Makes a good men’s ugly tie though. 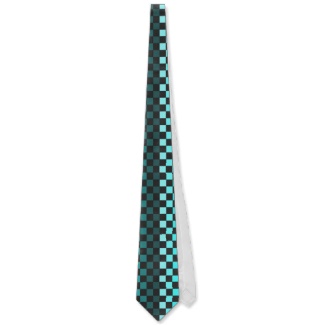 Yes, it did get different at this point – and I love the illusion that design element created so I did some more –

Now that I’ve seen what some of these design elements do on these ties – I’ve got to go make them in different colors and color combinations. Yep.

That one is amazing – I would love to see how it looks walking towards it in a room – would it look like the undulating waves of color coming toward and away from me as it does here – or what? I like it. Wish it was in blue.

It is like a strange falling water thing – or an odd red waterfall – but nifty, nonetheless. So of course – I tried another one –

These were all made last night after unpacking boxes and making an effort at separating recycling stuff to set outside and putting out the trash cans – how mundane. And by the time I got to this one and recognized that in red, the same design element that had made the beautiful illusion in turquoise didn’t work as well, I decided to try something else –

Yes, I wouldn’t want to walk up on that one but it is different –

and then this one happened –

Very retro by using the olive green / army green and black squares of the chessboard design element at an angle. 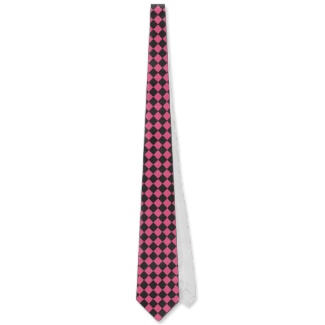 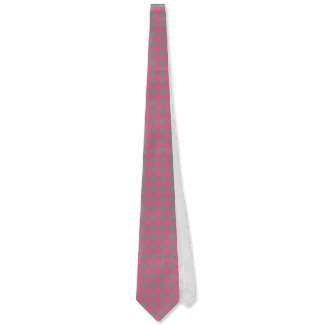 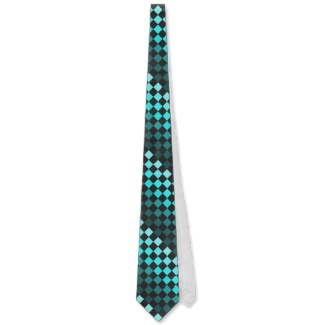 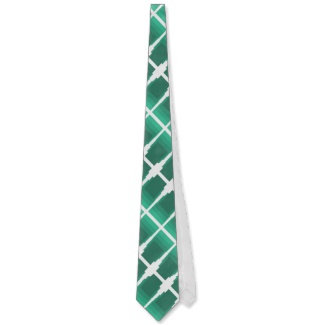 Well, there you go – exploring what could happen with various elements yielded the tie above that looked so much like electronic connections to me that I called it that. And then I tried something different with this design element below that had already been used for some men’s ties as part of the groups of products made with them –

This one in blue above and then in green below – use two different design elements that are the same but in these colors however the looks they create are vastly different. In these ties, the design is smaller and at an angle to the way they are used in the other ties made with them. I like them but I want to try the design much larger as well to see what it does – but it would be stunning. 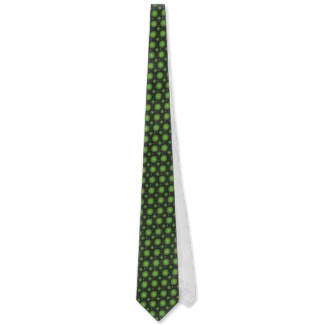 Although this design was constructed starting with a flat circle and building the 3d illusion to make it a ball and then creating it in two different sizes with a different illusion on each element – then making those two elements into a chessboard – it almost looks on the green tie as if it is a photograph of atoms all structured together.

And, well – one good wild thing deserves another – so then I made this one –

and although it isn’t in turquoise yet, I do have the same design element in aqua / light turquoise and grey to make one –

This illusion is almost lost in this small example but it is very dimensional in the larger photo of it on the store and I would guess that in person it might make people a bit woozy to even look at it for very long across the table from it or walking in the room with it. Amazing illusion though. 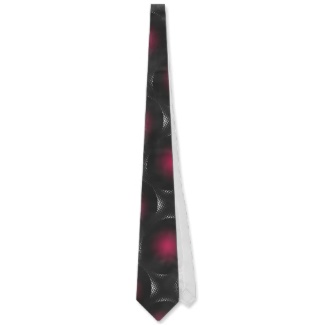 In between those last two ties, I can say there were probably thirty or more that I tried with various designs but decided not to list on the store. Some of them were incredibly ugly or flat or just plain not what I liked and some were amazing, but I want to come back and do them when I’m not as tired as I was at that point last night.

There were some amazing designs that I created using patriotic design elements that are among those I’ve made and stored on the Zazzle store and when I tried them last night with these editor uses of tiling and re-sizing and changing the design element angle, they were stunning, unusual and wonderful designs – but I decided to wait to post them later on the store. It actually takes quite a bit of thought to post the design after fiddling with it and then know what to call it and tags to put on it.

I was very tired at that point, so I tried the designs in the editor to see what they would look like and then posted just this one below out of the thirty or more that I tried – well, really there were probably more than thirty because my library has over 3,000 images on it that I’ve created or photos, product images, design elements, etc and I can go through quite a few without even thinking about it – especially when following a design idea and experimenting with the various things using it.

Very nifty and the one I like the best.